Looking out from my home in the West of Ireland I can see a wide valley bounded by Sheeffry Hills to the South, and to the West, Clew Bay, and the islands of Inisturk and Clare. This is glacial landscape, but I can also see how human beings have lived here. Pre-Christian standing stones, a few hundred metres from my house, while down on the shoreline a medieval midden or rubbish dump is testament of a medieval industry collecting and processing dog-whelks for ink. More recently, potato ridges show where people extended cultivation to try and survive during the Great Famine of the 1840s.

Today in the middle of lock-down, I can see farmers working their land and, in the distance, people cutting turf on the bog. I cannot go down to the local pub, but if I could, there would be music; soulful, intricate, and joyful. In a single glance, geology, geography, human history, and culture intersect in the few square kilometres that I can see from the house.

I’ve been leading tours for Jon Baines for years. Ethiopia, Armenia & Georgia together with Russia. These are all places where I’ve worked in my ‘day jobs’ but leading tours gives me the chance to pull stuff that I know together and make something coherent of it. How do these places work? What is going on? How do geography, history, culture, and politics fit together? And the best bit is sharing it!

Sometimes people ask whether doing the same tours gets stale or repetitive? The simple answer is no: no tour is the same as the one before it, things change, opportunities crop up to see and do different things. And the people on the tour change: leading a tour is seeing things through the eyes of the participants, learning from their knowledge and interests. So, it is always new, fresh and stimulating.

I have been visiting Ethiopia for nearly 30 years. I have seen things change. New roads make travel much faster and more comfortable. They also ensure that, when droughts or famines happen, food can be brought out of stockpiles and distributed quickly. 30 years ago, no one had a mobile phone, now they are pretty universal – back then it was common to see people in villages without shoes so in many respects’ things have got better. But people are still very poor, and levels of inequality are high.

A typical day on a Jon Baines Tour would see a group seeing some amazing sights; maybe something like the medieval rock-hewn churches of Lalibela in Ethiopia.

Lunch is in a quirky restaurant which is also a project training local youngsters for the hospitality industry.

Maybe I will try to talk about how the rock churches evolved and how their builders used a particular geological phenomenon; how it all fits into the culture. Or, we will go out to a local restaurant for Ethiopian food and some music from traditional musicians.

On a day in Armenia we might start in Yerevan with a visit to the museum of manuscripts and miniatures but rather than just look through the glass at these medieval treasures we’ll skip behind the scenes to the conservator’s workshop to see manuscripts mended and preserved. Leaving the museum, we see Mount Ararat, 40kms away but its snow-covered peak dominating the landscape.

We will pause at the Genocide Memorial and museum and consider the legacy of the millions of Armenians who died between 1915 and 1921.

Then, out of the city and up into the hills past the Greek temple at Garni and on to the medieval monastery at Geghard.

In the cave churches of the monastery a choir introduces us to the timelessly beautiful music of Armenia in an exclusive performance.

Later, I will try to unravel something of Armenia’s history.

And finally, Georgia with its rich culture and traditions. Up in the mountains of the Caucasus, the region of Svaneti is Georgia’s icy crown and still isolated. In the mountains the eagles soar, and people live in villages with high watchtowers.

It is like stepping back into the middle-ages. In the guesthouse it’s time for a cookery lesson. Time for me to talk about spy-craft during and immediately after the First World War. And, after dinner, local singers come to visit sharing their robust and unique singing.

There is always a moment of sadness on a tour when you say farewell to folk with whom you’ve shared a journey. I think a Jon Baines tour is different from others – they are tours for people who are inquisitive and want to know how and why places work. I am looking forward to getting back on tour. For now, though, here in Ireland, we are restricted to 5km from our homes but that’s space enough to go on tour while staying at home.

Dr Richard Marsh has a long association with the Orthodox and Oriental Orthodox churches. He is the author of Black Angels: The Art and Spirituality of Ethiopia, Prayers from the East and co-authored Millennium Challenges for Development and Faith Institutions. Richard has travelled extensively and is an experienced tour leader for Jon Baines Tours. 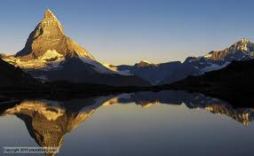 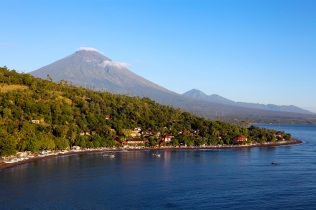 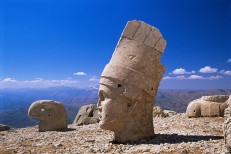 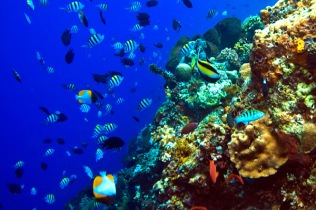 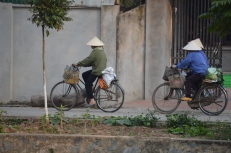 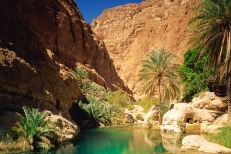 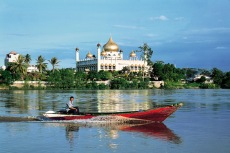